Asa Asika Back As Davido’s Manager 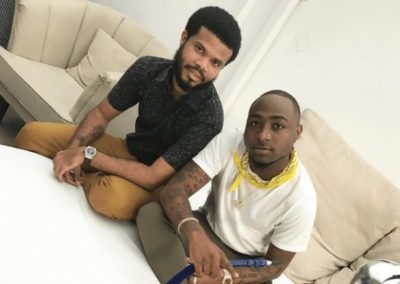 Following Kamal Ajiboye’s exit from, Davido’s team, the singer, is said to have taken on a new manager

According to LIB, the ‘Coolest Kid In Africa’ crooner, is now back with his first ever manager in the industry, Asa Asika.

Asa, whose uncle is highly respected label owner, Obi Asika and cousin to rapper Naeto C, was dropped from the label [HKN back then] in 2012, due to his immaturity, a claim that was never confirmed.

Big congrats to both of them