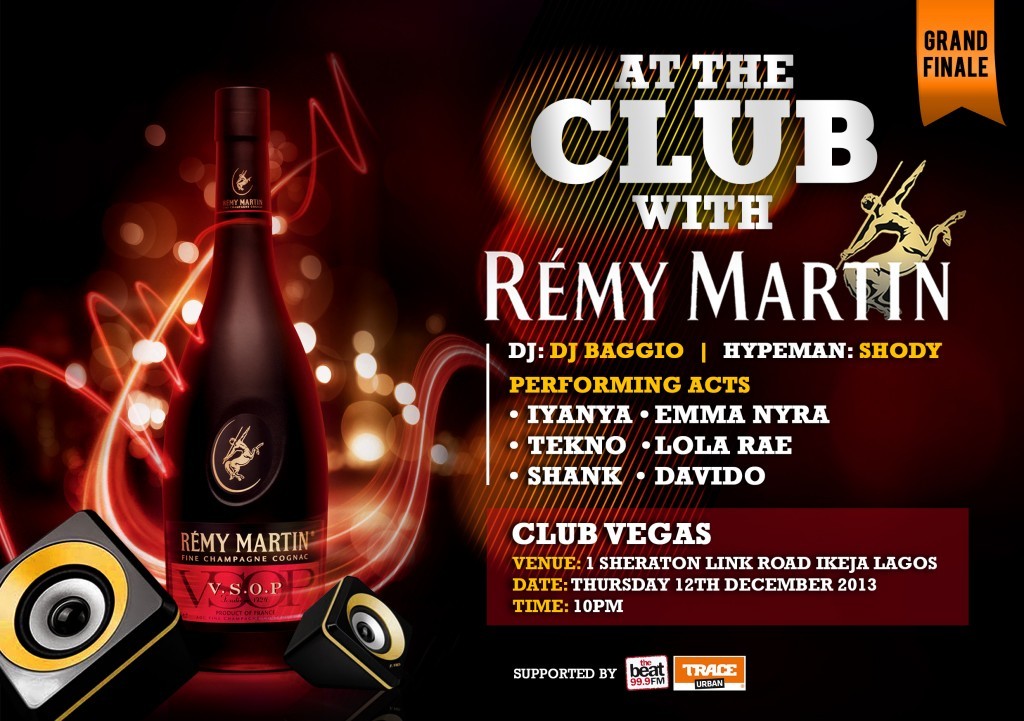 Premium Cognac brand, Remy Martin is set to hold the last edition (for this year) of its fast growing ‘At the Club with Remy Martin’ party series on Thursday, 12th of December 2013 in Lagos and on Friday, 13th of December in Abuja. The Lagos series will also feature the grand finale of one of the event’s most popular signature; the ‘At the Club with Remy Martin Dance Off’ where the winner will go home with a brand new 2013 Kia Rio.

The venue for the Lagos party is Club Vegas, Ikeja while Abuja will witness a triple club hop from Cubana Lounge to Avatar Lounge with a final stop at Krystal Lounge in Wuse 2.

Some of the artistes slated to perform are Iyanya, Davido, Tekno, Shank and Emma Nyra (in Lagos) while Wande Coal, Lynxx, SDC and a surprise act will rock the Abuja crowd on Friday. The MC for the event is Shody of Beat FM while music is powered by DJ Baggio. Check out some pictures from some of the past events below as well as the flyers for the current edition.

At the Club with Remy Martin is open to only individuals above 18 years old.