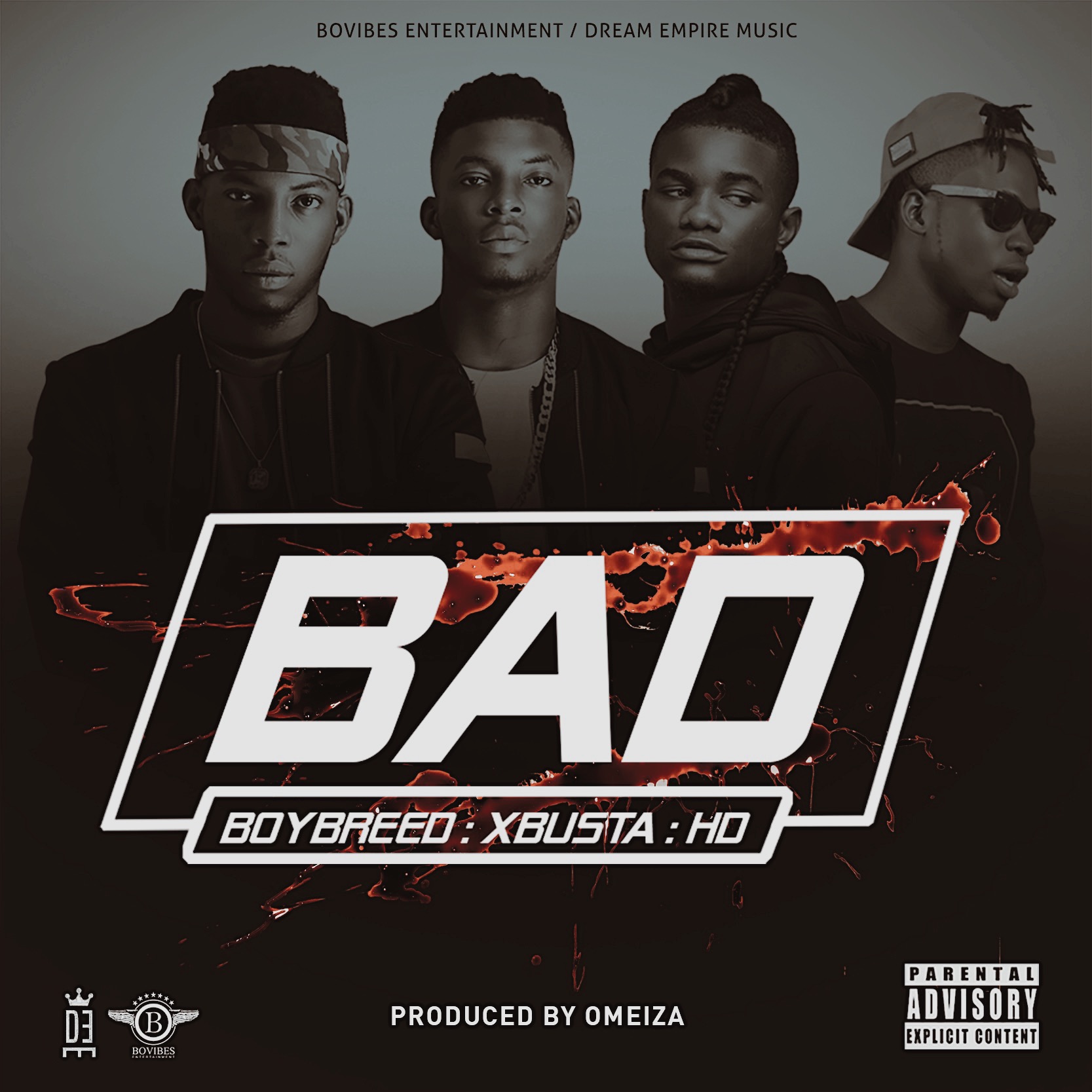 From the stables of Bovibes Entertainment and Dream Empire Music presents “BAD” a fusion of dance hall & hip-hop influence.

Boybreed of Bovibes Entertainment team up with HD of Dream Empire Music  and FiveStar Music Signed act, Xbusta to cook this “BAD” club banger, which was produced by the super talented UK-based producer, Omeiza.

The artistes and all parties involved have undisputedly earned themselves the title “BAD” as you would observe after listening to the skilled and professional execution of the record.  The video was shot by Chidube for IAC studios.
Enjoy!

Aramide – “Down For You” ft. Boybreed