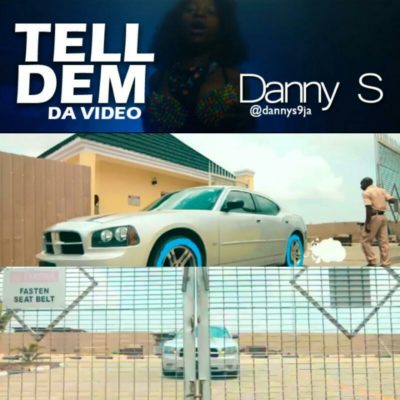 Energetic Afro Pop Artiste, OJO DANIEL OLABORODE SUNDAY, popularly known as DANNY S has been really working harder this 2017 as he promised to take his music Carrier to Zenith.

After releasing it’s Audio earlier this year, He unleashes the official Video to His Party Dance-Hall Tune, titled “TELL DEM”.

Tell Dem was produced by Booster & Mixed by 2T Boyz with its Visuals Directed by Twinqle Film for Playhouseafrica….

DANNY S is currently unsigned but has a team of professionals working endlessly on his Projects so far.

Tell Dem “The Goodness of God shall follow us, for the rest of Our Lives”.
Watch and Enjoy.

11 Nigerian Songs That Will Make Your Playlist Exciting This Week