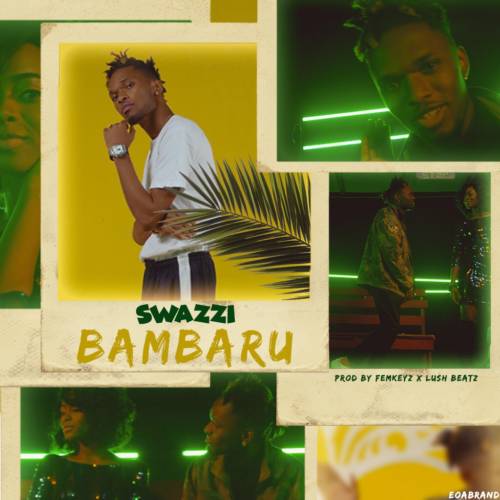 Fast-rising Afrobeat highlife singer Miracle Obiechina Okolo also known as *Swazzi* releases another hit single titled “Bambaru” after a successful release of his collaboration “Jeko Balance” with Davido. the fast-rising star is not slowing down on his game.

He started music at the age of 10 and recorded his first song with Stormrex at the age of 16. He has worked with so many Artiste across Africa like Davido, Cabo Snoop, Reminisce, Dj Coublon, E Kelly, Femkeyz etc as a songwriter he has written most of his songs and also wrote Olamide and Cabo Snoop “Awaa”. Swazzi speaks Swahili, French & Portuguese apart from his Nigerian Languages and he uses all on his songs.

Produced By FemiKeyz And Lush Beats

Listen and Enjoy below: