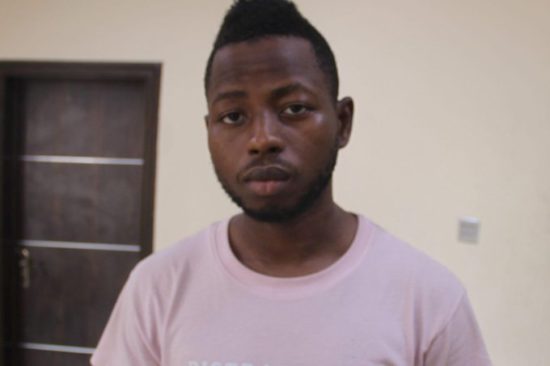 The owner of Barry Jay’s record label, Babatunde Oyerinde Abidoun, a.k.a. Kashy has been arrested by the EFCC for internet fraud.

The arrest of the CashNation Entertainment boss was disclosed by the EFCC via their official Twitter page. Biodun whose music record label which has singer Barry Jhay as one of its signees, was arrested at his residence in Lekki Conservative Estate, Lagos.

It was stated that Abiodun who shuttles between Nigeria and the United Arab Emirates, UAE, allegedly used the proceeds of his fraudulent activities to fund his lavish lifestyle. Further Investigations linked his fraudulent activities to his domestic staff, Thomas Aliu Akwu, who confessed to having different accounts domiciled in UBA, Ecobank, GTB, Zenith Bank, and FCMB and also receiving money for his boss through the accounts.

“Barry Jay’s Record Label Boss, Kashy Arrested By EFCC For Internet Fraud”, 5 out of 5 based on 1 ratings.