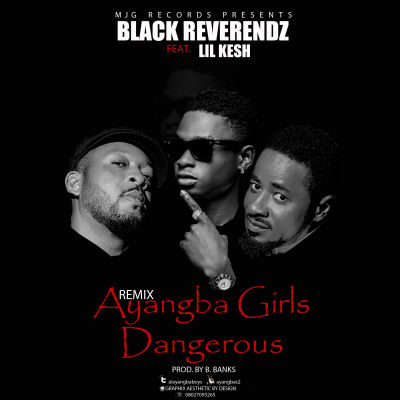 These 2GG’s of SwaGG Africa known as Black Reverendz aka Ayangba, the dou of Shaibu Adams (Shobb 2) and Wasiu Lawal (Wesley) gave us the hit song “Ayangba Dangerous” in the year 2000. They went into oblivion after their second album. Today they are launching a come back with the remix of their popular hit song.

This time featuring YBNL finest LiL Kesh. According to them, Keshy has the kind of street lyrics that fits into the song and aside that he reminds them of their younger days as artiste.

Black Reverendz are now signed to MJG records USA owned by Motajo Julius Gbolahan, who also is founder of a humanitarian organization called Association of Youth for Justice and Equal Right (AYJER).