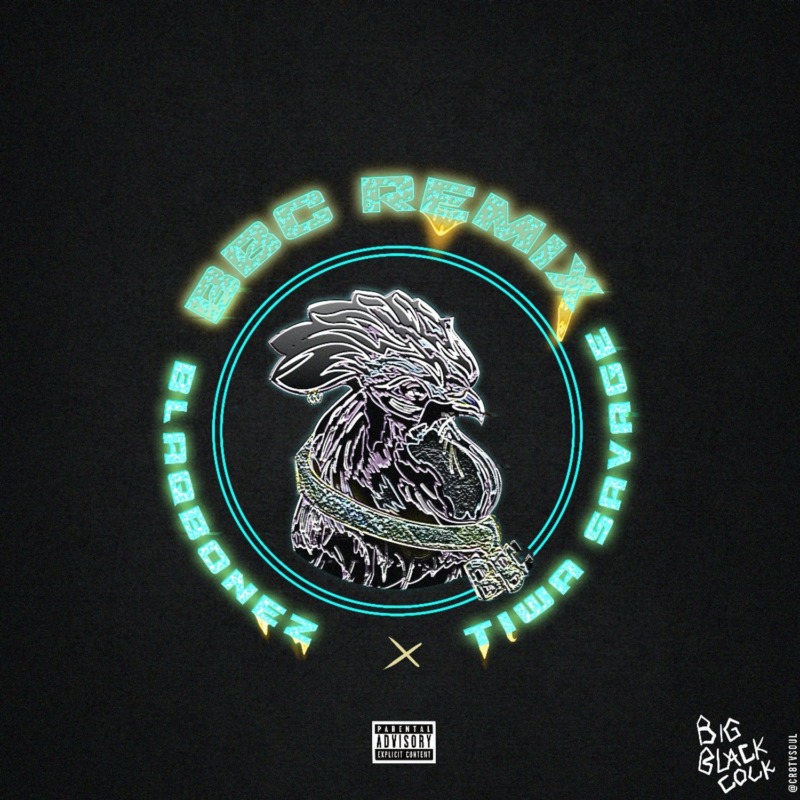 Tiwa Savage and Blaqbonez Turn Up The Heat On BBC Remix, Produced by Spax.

Blaqbonez is kicking off the year with a bang, connecting with the Queen of Afrobeats, Tiwa Savage for a remix to his viral single, ‘BBC’. ‘(Big Black Cock) BBC’ is steeped in Caribbean influence evinced by Its familiar drum pattern and Blaq’s ‘Shaggy-like’ cadence. Its tempo and content moreover, fit ‘today’s sound’ – with the prevalence of slower paced love records on the charts. Its easy-to-sing chorus and elementary lyrics made the 2020 record hit and still on trend.

This new Remix is Blaq’s first official release for the year 2021, and the first sign of what to expect from his forthcoming album, ‘Sex>Love’ (pronounced ‘Sex Over Love’).

On it Blaq and Tiwa trade verses about steamy trysts; with Tiwa expertly matching the energy of the song. The song features Blaq at his cheeky and provocative best; expertly toeing the line between risqué and sexy.

Following two headies nomination, a sold-out show, a challenge, and the unfortunate passing of Bisi, Blaq’s black petcock and the official mascot of the BBC campaign, Blaqbonez invites the sexy Tiwa Savage to the BBC Party as they both combine musical prowess and cross-market fanbases (Blaqforce x Savage Soldiers) to birth the perfect remix to a masterpiece.

Ahead of the release of his album Sex > Love, Blaq will be trading freaky energies with Tiwa Savage as they both exhaust their sexual capabilities through lyrics on wax. It is a seamless melding of the two artist’s finer talents, as well as the knack they both share for being daring with the music and unashamedly proud of their bodies. Putting it in a nutshell, Get freaky or go home.