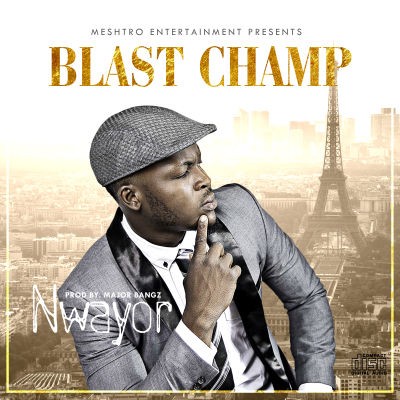 Anigala Chuka was born on the 30th of May 1991 in Delta state, Nigeria. Better known by his stage name BC a.k.a Blast Champ is a recording and performing artiste, rapper, singer and a song writer signed to Meshtro Entertainment. BC has always had a passion for music because of the background in which he was brought up and then he discovered his talent in music at a tender age. BC played the flute in primary school and was a member of his secondary choir.

He is a graduate of the University of Benin. while in the University, BC recorded several songs and also performed at various events in school. In 2013 he decided to go professional with his music and then released his debut single and video “Boo Boo Me” in 2014.
His new single is an Afro Hiphop fusion, which he joins forces with the prolific producer Major Bangz to deliver this hot tune titled Nwayor. The song was mixed and mastered by Sukasounds.

Whizper – Down On It (Prod. By Major Bangz)