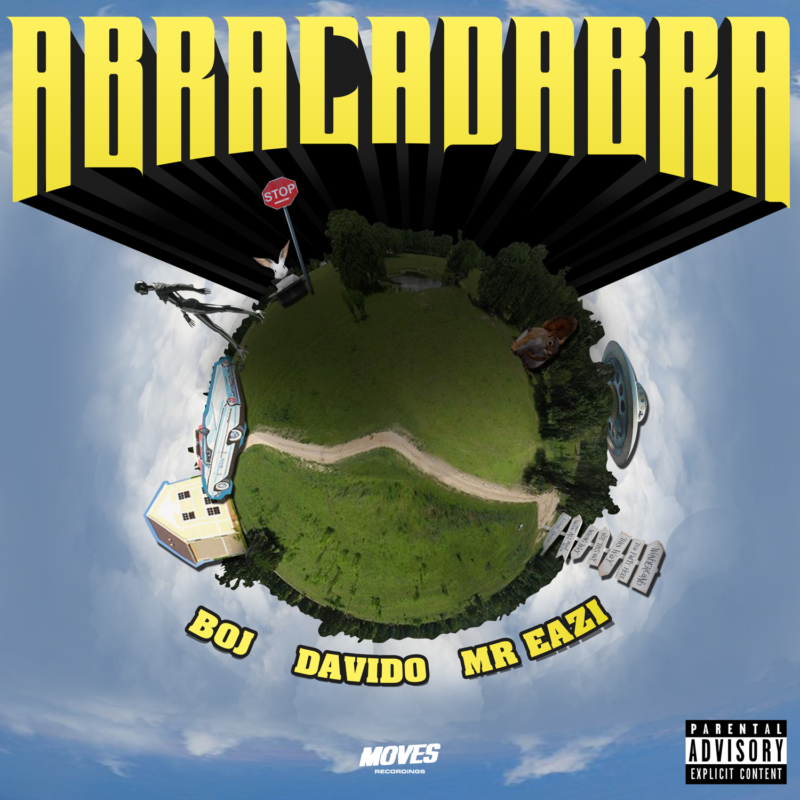 BOJ teams up with Davido and Mr Eazi for this brand new banger dubbed “Abracadabra”… Listen!

“Abaracadabra” released by Moves Records is BOJ new single featuring African Afro-Pop star Davido and leader of Banku Music, Mr Eazi. This record his a follow up to his previously released single ‘Assignment‘.

Popularly known for his distinct style ,look and vocals, BOJ is trying to bridge the gap with the cool kids and your average listener. The Nigerian singer (Bolaji Ojudokan) is initially of the group DRB whose other members (Fresh L and Teezee) he met while in college in Worcestershire, Born to a small family where he was an only child for nearly a decade. His music was influenced by his mother’s taste, which went from Lagbaja, Fela to Lauryn Hill, Wyclef and Bob Marley.

In 2013, Boj released a mixtape #BOTM (Boj on the Microphone) which saw some success. He has recorded with Davido, Reminisce, Show Dem Camp and Olamide. Staying true to his craft BOJ never sacrificed his music for mainstream Afro pop success. Songs like ‘Toyin’, ‘Omo Pastor’, ‘Feel Alright’, ‘Magic’ and ‘Awolowo’ among others are testament to that.

BOJ solo last single ‘Assignment‘ produced by GMK is a Mid-Tempo Bop that kept our Head swinging as Alte Bank Of Africa delivers his amazing vocals as he enchants his Love Interest. He returns with a faster tune a Pop jam “ABRACADABRA” (Get On Digital Stores)

BOJ has a way of seducing his audience with his soft amazing vocals. It makes you want to listen to him over and over and interestingly, it never gets boring. For this new record “Abracadabra” he brought in the Baddest artiste in the music game, Davido and Zaga dat Mr Eazi who added blazing pop vibe to his soft vocals so his fans can have something light to dance to and groove.

Listen and Enjoy BOJ, Davido and Mr Eazi on “Abracadabra” below