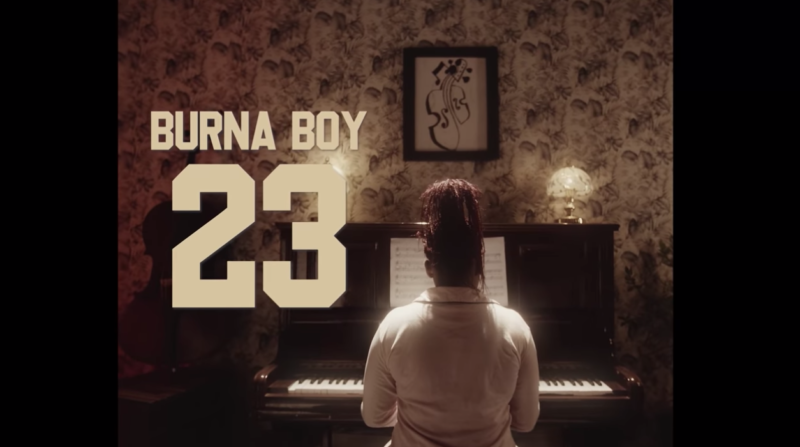 Burna Boy Pays Homage to American former professional basketball player, Michael Jordan in ’23’ Music Video. This is also in honor of Women’s History Month and a follow up to ‘Onyeka Video‘

Produced by Skread, 23 “This is shout to Michael Jordan, and the number he wore. And I think this came from when I was watching The Last Dance. I was watching that scene with Jordan describing the way he works and just how hard he goes to push those around him for greatness. I related to that so much. Even about how lonely that road is, because you may have started with a bunch of people, even some guys that were probably better than you! And that’s really how it goes. There’s so much sacrifice to this that people won’t see.” says Burna. The track is off The Grammy’s Best Global Music Winning Album – ‘Twice As Tall‘

Directed by Clarence Peters, the video features several references to basketball player Michael Jordan, whose jersey number gave “23” its name. Burna Boy looks to Jordan as an icon for pursuing and achieving your dreams, and he pays homage through several characters with ambitious goals for themselves in honor of Women’s History Month: an aspiring basketball player who is wheelchair-bound at birth, a young singer-songwriter, a dancer, and a music producer.

‘If at first you don’t succeed, dust yourself off and try again! Remember that YOU ARE NOT ORDINARY‘… says Burna Boy as he shares ‘23 Video‘. Watch below