BURNA BOY VS NIGERIANS; Burna Can’t Be Humble Like Wizkid… 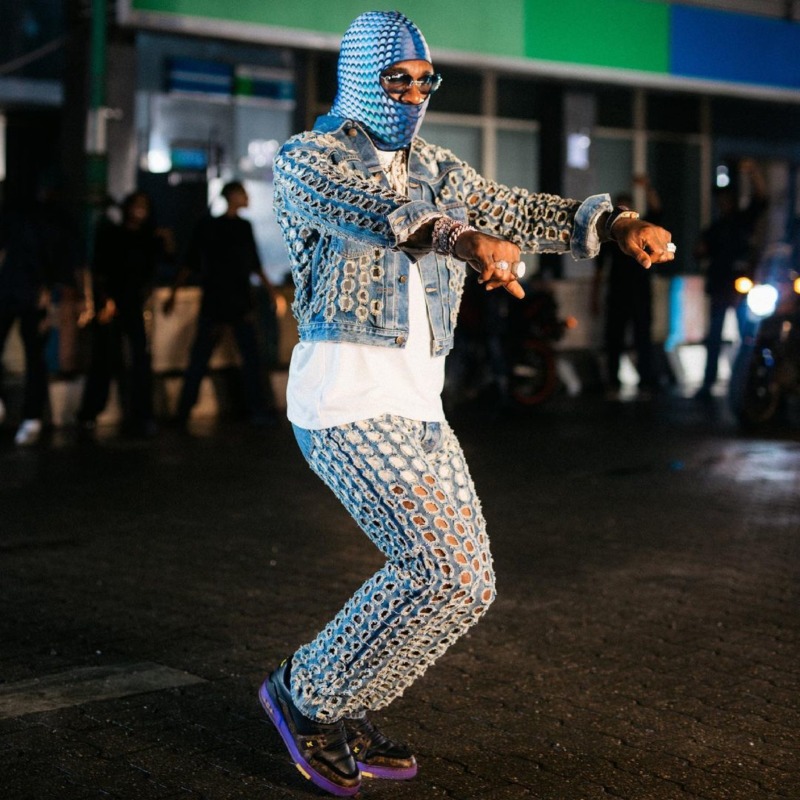 Why Do Nigerians Keep Demanding Humility From Odogwu When He’s Got An Arsenal Of Talent?

I was privileged to speak at one of Joey Akan’s Twitter Spaces (AI-TS) last night and it dawned on me that in actual fact, we as a Nigerian audience have not had real time cross-border conversations about the hurricane that is BURNA BOY and his influence on Afrobeat and the world in general outside of Twitter Threads.

He’s never enjoyed good media rounds in Nigeria, and a sizable number of his best projects have been scandal-propelled just to earn acceptance from an audience that seems quite unwilling to catch up to a fast moving train.

An audience that prefers to grow at its own pace and choose whatever part of the industry they wish to advance in the main time.

WHY ARE NIGERIANS TRYING TO MICROMANAGE AFROBEATS BY BEATING ITS TOP PERFORMER DOWN CONSISTENTLY WITH THE HUMILITY CARD??

Is it really so important to us to control how our artistes behave? Why are we dictating their narrative?

I think one of the issues here is that we as a Nigerian audience are trying to control the Afrobeat narrative.

It’s the way we are, we’re not used to unbridled people who don’t care what we think about them, talk more of an artiste who doesn’t care about the fans.

I think it’s time we stop trying so hard to project a certain image about the Afrobeats industry, it’s like Nigerians are trying to line up the perfect footballers for an international friendly game when indeed the rest of the world is more focused on building top notch players who play on a global level.

When you get the privilege to nurture a talent with genius potential, but you consistently trash their efforts, offer no motivation, no awards, no streams, and no acceptance, they’re bound to drift off and ask you to fuck off; whether they do it politely or not, is not for you to decide.

Now Burna Boy didn’t drift off, he’s got more than genius potential, he’s the titan who’s honed his skill set to the level where he’s now duly qualified to put African music as a whole on his back while scaling higher celestial. (Please bear in mind that I didn’t just use Afrobeats there; I said African Music)!

Despite the hate that he’s received through his decade-long career, one of the worst downtimes for any artiste in Afrobeat, he’s gone ahead to clinch the first solo Afrobeat Grammy Award, and we still treat this guy like he’s ‘Runtown with some temporary comeback and will soon hibernate?’

Hell no, as difficult as it is for the Nigerian consumer who isn’t an Outsider to accept that Burna Boy is the first Nigerian to win a Grammy award in a sense that appropriately elevates the Afrobeats movement and advances our sound to the next level.

It would have been an acute disappointment if Afrobeat’s first major take home from the Grammys was a feature. I mean, does Afrobeats have to hitch a ride if our very own Yellow Danfo Buses that we have a love-hate relationship with can fly and soar among the eagles?

I’m sorry to disappoint you, Wizkid didn’t do it first, and he hasn’t done it until Made In Lagos that he wrote for three good years can compete in the same category or an even higher one than Burna Boy who’s dropped an album for two years in a row; winning one out of the two.

Yes, Burna Boy is an arrogant, cocky prick, who’s making revenge music and is determined to shit on the faces of all those Nigerian music execs and consumers who decided his sound ‘which at the time was way ahead of his peers’ wasn’t good enough for the ‘pangolo music-ridden industry which at that point wasn’t even making so much in real revenue.

Ask yourself, Wouldn’t You?… Yes, Fame is such a huge burden and he’s got to be careful with the platform that he’s got now.

But do you realize what the problem in that is? It’s your job to dictate what he does with his platform as much as it’s your job to determine the direction of my opinions in this piece.

Personally, if I thrive off so much hate and negative vibes from my supposedly-core audience, I might be tempted to become the Devil. And that wouldn’t make me the worst person in the world because if we’re being honest, the good boy act doesn’t hold up for long in the real world.

Wherever there’s gods, you’d certainly expect an even greater devil who’s around to tower above their efforts, because he’s not popularly accepted but singing in everyone’s.

I mean we keep saying Wizkid is humble so Burna should be too, but how can we be so comfortable with an artiste who makes such great songs but we don’t know where they’re coming from?

The honest truth is that Wizkid’s humility is a result of what we’ve reduced him into. Wizkid has had to pay for the immense love he’s enjoyed from the beginning of his career till today with the loss of his freedom and youth.

I mean, I thought we all loved him when he was out young and bubbling with life, dishing us amazing freestyles and interesting peaks into his life but now he’s a 30+ year old man who’s giving us nothing more than music and we’re all good with it because he’s the ‘humble one’.

I mean, were all the greatest talents the world ever saw, all humble?

Yeah, humility is a good tool to have in your Arsenal, but let’s be honest did Fela have it? He’s the Afrobeats progenitor and he wasn’t humble, not one bit.

Why then do we require humility from The Burna Boy Experience?

If he’s done this much for himself and for us culturally, why do we as a collective audience demand humility and ass-kissing as a requirement for his greatness?

Branding? Marketing? To attract more international brands? To project his image in a much better light?

I mean he’s quite consistently proven our Afrobeat format wrong and gone right ahead to change build unique Yellow Danfo Buses that export content uniquely and delivers faster results but we don’t even deem it fit to take notes?