Previous: Cuppy Shares Her Dad’s Reaction To The Number Of Essays She’s Expected To Submit
By Eniola Lasaki | Oct 9, 2021 | 11:05 - Leave A Comment 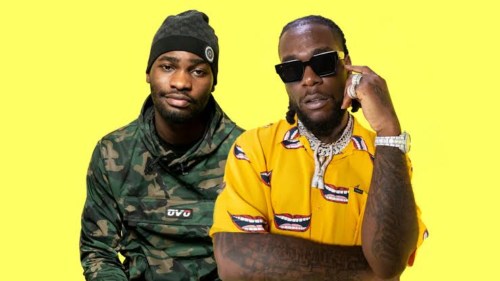 The exciting news broke on social media via the official Twitter page of Chart Data.

It reads, “[email protected] and @burnaboy’s “Location” is now certified 3x Platinum in the UK.” 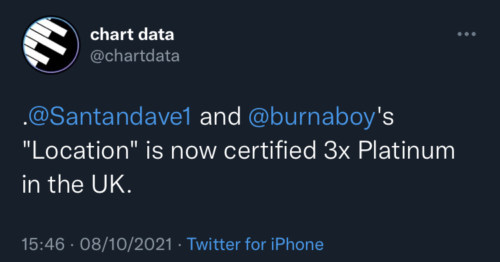 This goes to show that the record has sold over 3 million copies in the U.k

‘Location’ was released by in 2019 with Dave featuring Grammy-Award-winning artist, Burna Boy.

Their achievement has sprung a gazillion reactions on the micro- blogging app, Twitter and fans have revealed that ‘Location’ is Dave’s most streamed song on Spotify.