BurnaBoy Set For Another International Collaboration With US Producer, Timbaland 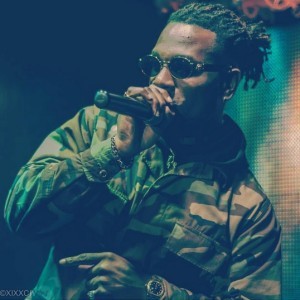 Burna Boy has a new international collaboration in the offing, as PulseNG reports that the singer has recorded a new song with international producers, Timbaland and Skrillex.

The singer recently released his Outside album which has been enjoying rave reviews, coupled with his achievement of landing the only feature on Fall Out Boy’s “Mania” album — which got to No. 1 on the Billboard 200 chart.

The Atlantic Records signee is working on a new project which has led him to record with two of the most acclaimed music producers in the world: Timabaland and Skrillex. Skrillex is known to have produced much of Justin Bieber’s “Purpose” album, which ended up landing an ‘Album of the Year’ Grammy nomination; while Timbaland enjoys a legendary status in the global music scene, with multiple award-winning credits.

Some of the moments Burna Boy spent working with these international figures were captured in videos which surfaced on the internet.

Burna Boy in the studio with Timbaland this morning. ???? pic.twitter.com/15lcnRqWBe