Canadian Based Nigerian, Kelvinsean Calls Out Skales, Samklef For Fraud 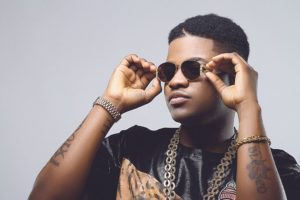 A certain Canadian based Nigerian singer named Kelvinsean has called out Skales and Samklef for playing different roles in defrauding him. The singer accused Skales of faking his friendship with him and for not crediting him for his input in Skales’ hit song Shake Body. Kevinsean claimed to have co-written the song with Skales.

Similarly, Samklef was called out by Kelvinsean for defrauding him to the tune of 1.2 million naira, a sum which was meant for a video shoot that Samklef promised to contract to Unlimited LA, but never did. Kelvinsean claimed he asked for a refund but the producer wrote him a bounced check. 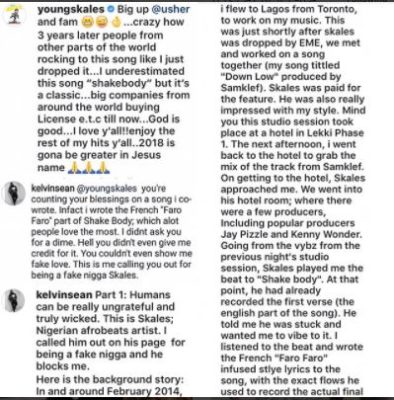 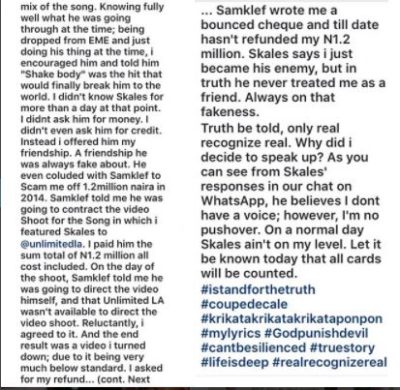