Cherry Niss – “How Many Times” 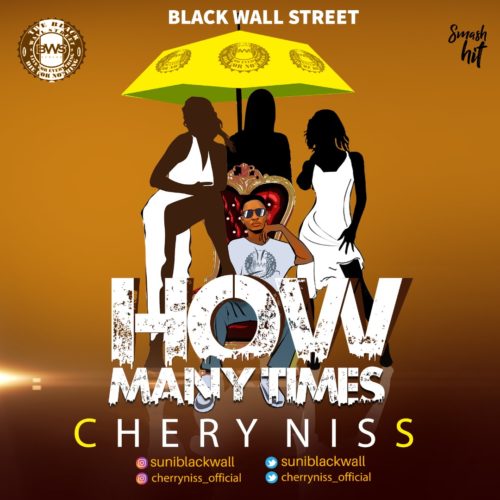 Black Wall Street release a new single titled “How Many Times” by Cherry Niss. This A Smash Hit!

Cherry Niss Biography
Soyebo Sherriff is a Nigeria talented singer, songwriter, and goes with the stage name, Cherry Niss. He kicked off his music career at the early age of 15. He was born and brought up in Sagamu part of Ogun State, Nigeria and has been doing music even right from the age of 15. Cherry Niss was born in April/ 3/ 2000 into the family of Mr&Mrs. Soyebo. He is the first son of his Mother.

Career
Cherry Niss had his education in Remo divisional high school Sagamu/Megastride Comprehensive College Sagamu.
He began his music career in 2015, in 2019 he came across with his boss Big Suni the CEO of Black Wall Street African, Who signed him to his record label.

Cherry Niss talent is undoubted and his songwriting skills too. The record label executive saw the Young talented boy in the yet raw musician and decided to help and polish him.

Cherry Niss desire as a musician is not just about making a name in the music industry but also using the opportunity to put an everlasting smile on the face of the everyday Nigerian who goes through a lot in his quest for daily bread.

Listen is his latest output “How Many Times” below and share.

This new record got a visualizer that comes with the Lyrics of the song. Enjoy!