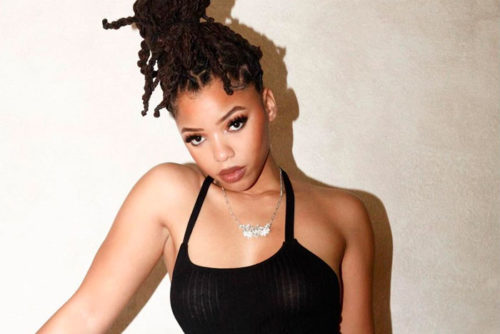 Following speculation months of speculations, it has just been confirmed that Chloe Bailey is apparently set to go solo and she will make her debut on one of the world’s biggest stages.

Chloe will make her solo debut performance at this year’s MTV VMAs, and her first album is also currently in the works.

MTV recently added more performers to its award show line-up and Chloe Bailey, one half of the Grammy-nominated sister duo Chloe x Halle, is on the list to mark her solo debut. Chloe is said to be performing her unreleased viral song “Have Mercy” in its entirety after weeks of teasing a snippet of it on social media.

This will be the first performance of the song and will reportedly set the stage for Chloe forthcoming debut album,

For the past few months, Chloe has perhaps been getting her fans ready for her solo career, as she has performed multiple times as a solo artist.