Ckay’s ‘Love Nwantiti’ Becomes The No.1 Most Shazamed Song In The World 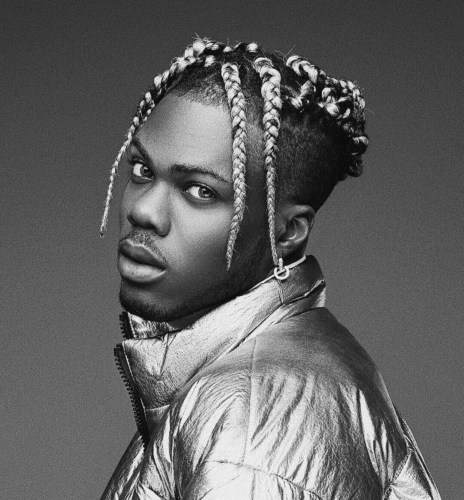 Afrobeat to the world…

Nigerian singer, Ckay’s hit jam, ‘Love Nwantiti’ has become the most searched song on Shazam in the world.

This impressive achievement is considered a great feat for Ckay who knocked off Wizkid after his summer jam,  Essence became the most Shazamed song in the US last month.

Shazam is an application that is used to identify music, movies, based on the sample that is played. It was created by London-based Shazam Entertainment, owned by Apple Inc. in 2018. The music search app placed Ckay above Kid Laori, Justin Bieber, Ed Sheeran, Elton John, and Lil Nas on the top 200 most-shazamed tracks in the world.

“Number 1 Most Shazamed Song in the World- Love Nwantiti (ft Dj Yo & Ax’el) We literally global now! Emo-Afrobeat to the world” 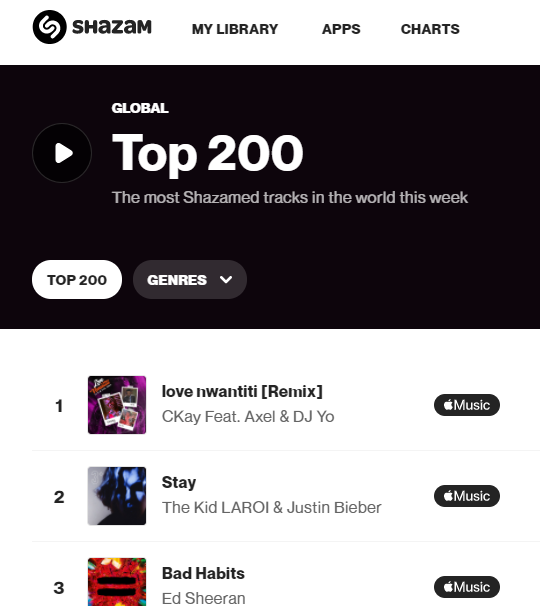 Love Nwantiti is the second track off his debut album, Ckay The First. It was released in 2019 and later remixed to feature Joeboy and Kuami Eugene in 2020.