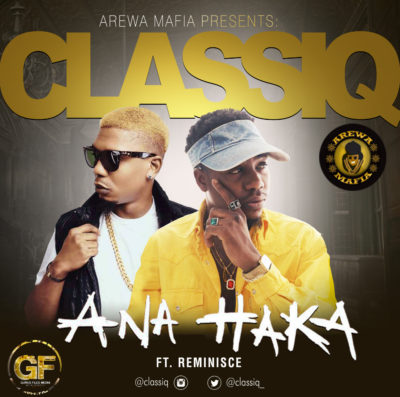 ClassiQ the Pioneer of Arewa Mafia Music comes on with a new bounce, titled Ana Haka Ft. Reminisce Alaga Ibile.
ClassiQ who was featured by Reminisce on his recent cypher season-3 edition titled ‘PolyBag’ alongside Jesse Jagz and Ola dips, where he stood out uniquely with his slick flow of Hausa Rap.
ClassiQ who’s been often rated has the best rapper from the Northern part Nigeria and the new wave of Hausa hip-hop. He stated that this single is off his most anticipated Ep dropping 2017.
Ana Haka Ft. Reminisce is available on all music stores world-wide.
Download, Listen and Share.

Submit your comment
8 total comments on this postSubmit yours