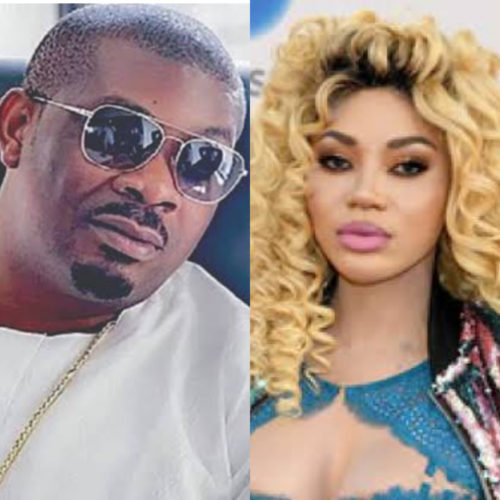 Dencia has called out Don Jazzy for allegedly opining that Big Brother Naija season 4 “Pepper Dem” participant; Mercy won the show as a result of her attractive ‘backside.’

It isn’t news anymore that Mercy yesterday made history as she became the first female participant to win the the Big Brother reality television show. Shortly after her win, Mavin boss who has been a huge follower of the show since it started took to his Twitter account to express what he feels about Mercy. In a move that seems harmless; Don Jazzy revealed although Mercy has a great personality but he is sure her big and attractive buttock played a role in getting her all to the final and eventually getting her to win the game.

He wrote; “I know that Mercy has a dope personality. But If she wins nobody should tell me that yansh does not perform wonders.”

Seeing the tweet, Dencia probably picked offence and deemed it fit to attack it immediately. She expressed that it is wrong for Don Jazzy to have said that as it means he is objectifying women. She revealed him a man had won the show, would people have said it’s his private part that made him win?

She wrote; “We are objectifying women in 2019? If the guy won, will they say it’s his d**k that made him win? Women are more than their body parts.”

What do you think of Dencia’s response? Does she have a point?