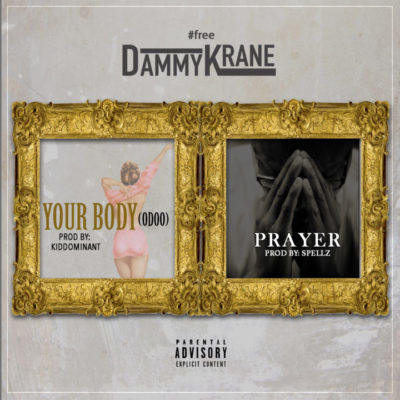 Dammy Krane – Prayer. In the past months, singer Dammy Krane had gone through some tribulations and trying times but the Usual Suspekt comes out waxing stronger as he thanks God on this new record titled Prayer which was produced by Spellz.

According to Dammy Krane, Prayer was written while he was in jail.

It’s nice to have Dammy back. Enjoy this, as we anticipate his next single titled Your Body.