Davido & Burna Boy Featured On Pop Smoke’s Album “Shoot For The Stars, Aim For The Moon.” 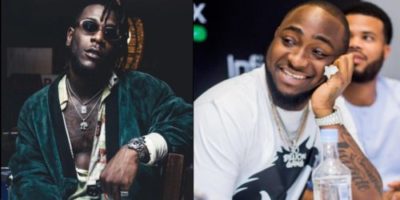 Nigerian singers, Davido and Burna Boy have been featured on Pop Smoke’s posthumous album, ‘Shoot For The Stars, Aim For The Moon.”

American rapper, Pop Smoke was shot and killed in the United States earlier in February, and Davido and Burna Boy were amongst the thousands of artistes that paid tribute. Davido had taken to social media to share his last messages with the rapper and further revealed that his single would be released. Burna Boy, on the other hand, stated that Pop Smoke wanted him to be one to bring him to the country.

The original version of the album was revealed a few weeks ago but the singers didn’t appear and now a deluxe version of the album was released earlier today and both artistes were featured. Davido was featured on a track titled, ‘Tsunami’ while Burna Boy featured on ‘Enjoy Yourself (Remix).’ Other artistes on the include; Jamie Foxx, Fivio Foreign, PnB Rock, Queen Naija, BloodPop, and A Boogie Wit da Hoodie.