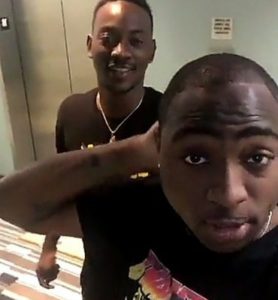 Singer, Dammy Krane has been in and out of the court room in the last couple of months, over fraud allegations leveled against him. TX News has been following up on the case, and we recently reported that the Catch Feelings singer would appear before the US court on 17/08/2017.

Today is the said date. It appears the case has now been concluded and a video which recently surfaced on social media, suggests that the Afro-pop singer has been cleared off the shameful allegation. In the video the singer’s friend and colleague, Davido appeared to be celebrating Dammy Krane’s court victory.

@dammykranelife acquitted of fraudulent charges, he was found not guilty. Log on to www.tooxclusive.com for more details.