Davido Gets Another Gold Record Certification In USA With His Mega Hit, ‘IF’ 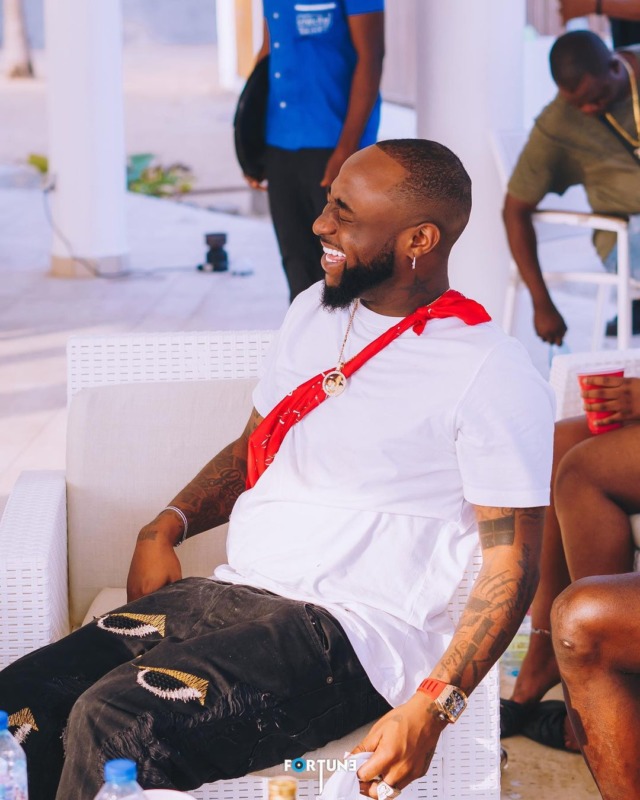 Nigerian superstar, Davido breaks another record as his 2017 hit single “IF” bags a Gold certification from RIAA three years after its release.

“IF” earns Davido another Gold Cretification in the USA. This makes it Davido’s second solo single to receive a gold certification after his 2017 hit song FALL, in May 2020. Recall in 2020, Davido was also presented a certificate by Sony Music West Africa for his A Good Time album, ‘Blow My Mind’ and ‘Risky’ single which went Platinum in 2020.

An album or a track is recognized as a gold record by the Recording Industry Association of America (RIAA) only when it has sold over 500,000 Copies in the US.

This is a big achievement for the superstar who shared the news with his fans via social media. He excitedly shared pictures of his certifications and wrote: “My 2nd Gold record !!! Oh God I am Grateful !! The Only two Afro beats solo singles to go Gold in the USA in Afro beats history !! God is good !!! MORE TO COME!” 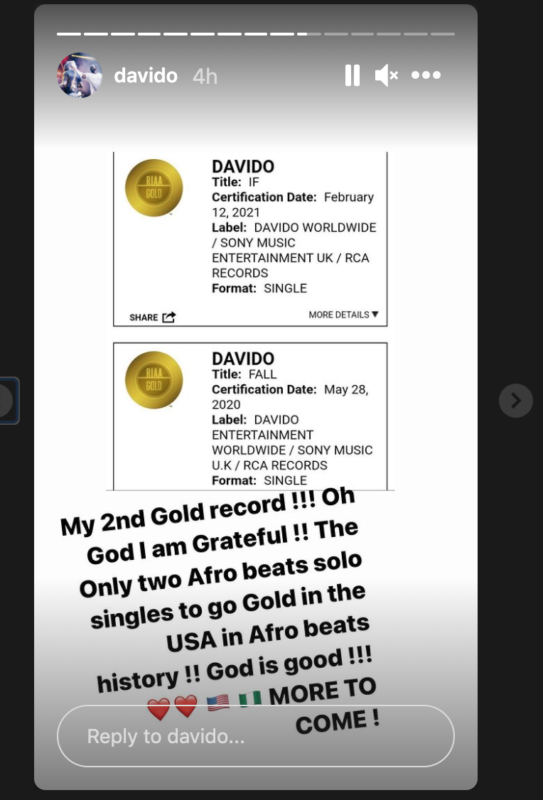 “Davido Gets Another Gold Record Certification In USA With His Mega Hit, ‘IF'”, 5 out of 5 based on 1 ratings.