Previous: Watch Emotional Moment US Rapper, Offset Reconciled With His Dad After 23 Years Of Being Apart
By Festus Oluwole | Apr 27, 2019 | 11:03 - Leave A Comment 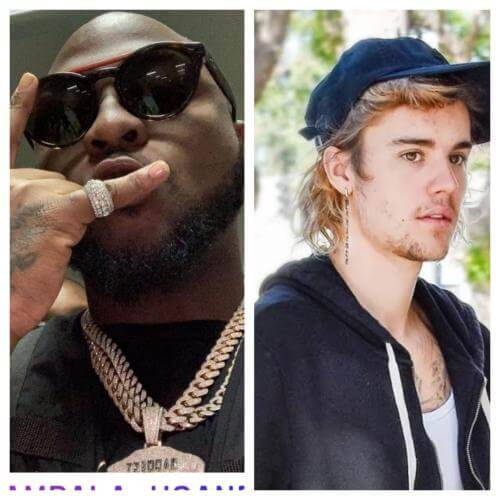 Could Davido have given a hint that he is about to record a song with American R&B and Pop singer; Justin Biber?

Just yesterday, Jamaican star, Sean Kingston dropped a song, “Peace of Mind” featuring Canadian singer Tory Lanez and our very own Davido. And since the release of the song, there has been lots of positive remarks about it, with even superstar, Justin Bieber vibing to the song and uploading it on his social media pages alongside impressive remarks.

But just 24 hours before Sean Kingston’s “Peace of Mind” dropped, American rapper, Russ dropped a song “All I Want” featuring Davido which also has been getting positive remarks.

Impressed with how Davido was able to feature on a song released by two international superstars in 48 hours, a twitter user lauded his efforts.

He wrote; “Davido just dropped hits with Russ, Sean Kingston and Tory Lanez in the space of 2 days. Easy now.”

Davido who appears to have seen the tweet responded; “Bieber?” Making a statement that appears interrogatory.

Could a Davido and Justin Bieber song really be in the works??? That would be huge!

“Davido & American Singer; Justin Bieber Set To Work Together On New Song”, 5 out of 5 based on 1 ratings.