As Davido’s music legacy continue to grow, so are his social media power and influence too. The superstar singer has just reached eleven million follwers on his Instagram barely two moths after reaching ten million making him the most followed Africa music celebrity on the platform.

The OBO has been the pacesetter in terms of social media followership not only to other Nigerian artistes but also for other African artistes as well.

Davido is currently on the path to release his first official single of the year and sophomore album since the release of “OBO (The Genesis)” in 2012. 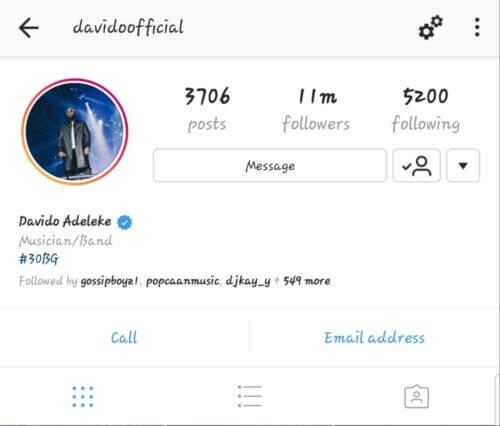 “Davido Leaves Other Artistes Way Behind, Reaches 11 Million Followers On Instagram”, 5 out of 5 based on 1 ratings.