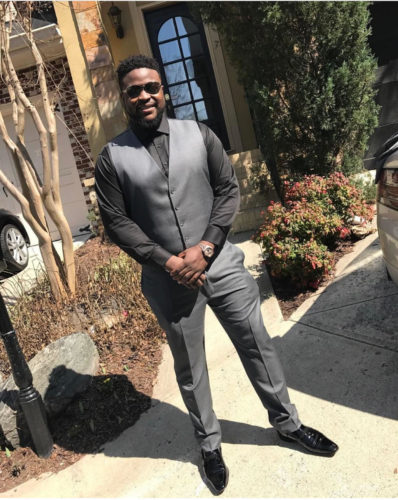 Love is currently living extravagantly in the family of the Adeleke’s as Davido’s elder brother; Adewale Adeleke popularly known as “Chairman” is set to tie the north with his long-time fiancee, Kani.

The two became public a couple of  months back after “Chairman” shared a video of himself proposing to the beautiful Kani on his Instagram page which sparked a lot of positive reactions that led to many congratulatory messages from almost every big fish in the music industry and random music fans.

The marriage between the two beautiful couple looks imminent as “Chairman” shares a post on his page that shows the couple having a pre-wedding photo-shoot.