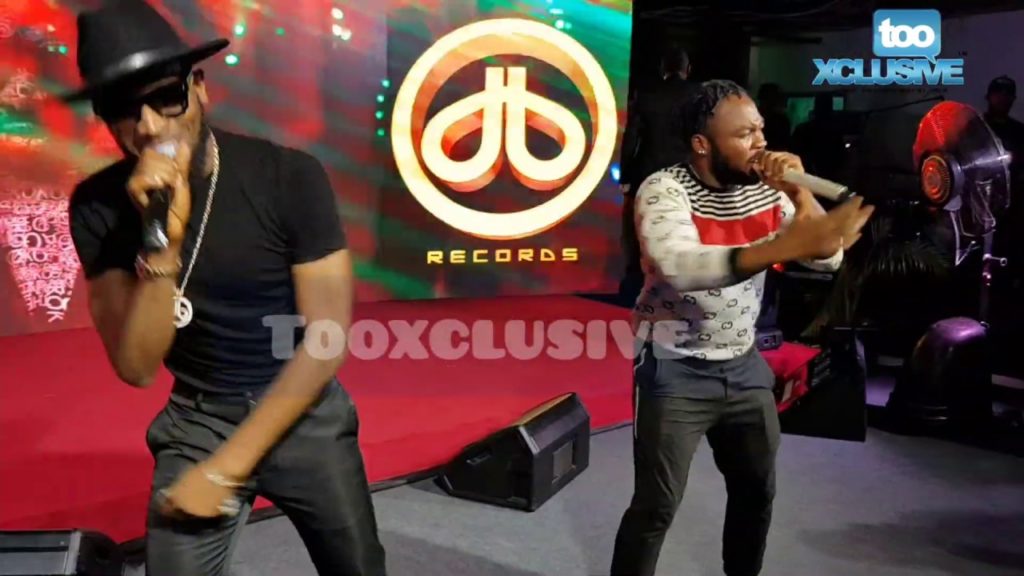 D’banj premiered his incoming new single, “Cover Me” yesterday at an event in Lagos and it was explosive. The event which was tagged, “YouTube Hangout With D’banj” was held at Victoria Island, Lagos, Nigeria and it played host firstly to the listening of the song which has an effort from popular industry hypeman/artiste; Slimcase.

The new song has shown signs of becoming a major 2019 banger as the reception it got at the event was really overwhelming. This wouldn’t be the first time D’banj and Slimcase would be working on a song together.

They already did in 2018 with a smashing street single, “Issa Banger” which also featured Mr Real where the iconic singer jumped on the trending “Shaku Shaku” trend. The track was one for the streets and the Koko master as he is fondly called came through with a whole new vibe.

This same vibe could be felt from this song that would no doubt disturb the streets again. We’ve seen that a D’banj and Slimcase is not one that should be taken lightly.D’Banj is determined to regain relevance and top show that he is still the baddest in the game in the Nigerian music industry by doing collaborations with big names like 2face, Tiwa Savage and others. Slimcase on the other hand, Slimcase brings the track alive with his excellent hypeman skills that fans fell in love with.  We have brought our readers and followers a chance to have a first-hand listening before the potential banger drops.

Nifemi is a graduate of the University of Lagos. He's a unique user of the pen when it comes to the expression of whatever. He is editor-in-chief of the organization and also a writer of news, articles, editorials and a lot more to help expand the level of knowledge of the readers and simultaneously have them entertained. A lover of music and football is who he is and a Man Utd die-hard.
Submit your comment
6 total comments on this postSubmit yours
Popular Posts