D’banj & Reekado Banks Working Together On A New Song 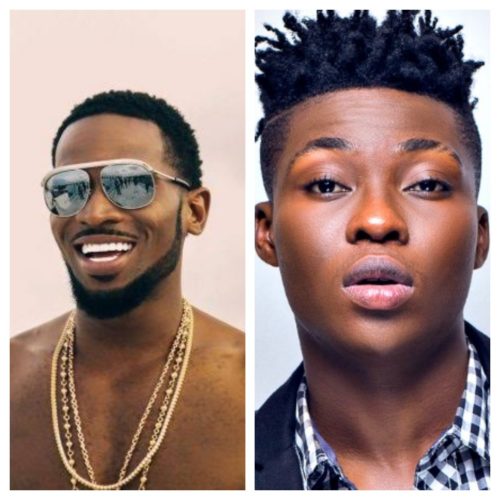 The video has been caught on social media by the eagle-eyed on Instagram. In the video, Reekado is seen dropping some vocals in the microphone in front of him while D’banj who is always ever lively is seen grooving and vibing to the song. We suspect a new song is about to drop which will have both artistes’ contribution on it. Though we are yet to know who will be owning the song, if it’s Reekado Banks or D’banj is yet to be known. (We will keep you posted however)

Co-incidentally, both D’banj and Reekado Banks used to be former partner & signee of Mavin Boss; Don Jazzy, respectively. D’banj parted ways with Don Jazzy in 2012 to start his own record label; DB Records while Reekado just recently left the Mavin boss towards the end of 2018 to start his own imprint, Banks Music.

We smell a sweet smelling savour!

A post shared by Naija celebs lifestyle videos? (@nigerian_celebrities_videos) on Apr 2, 2019 at 9:20am PDT