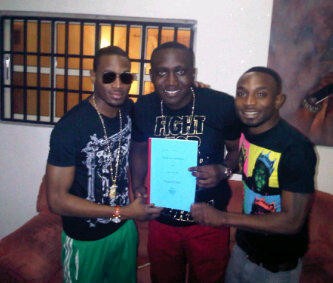 D’banj is gradually building up his record label, he signed Jay Sleek few weeks ago, he has signed yet another producer FearDeevee.

FearDeeVee has been around for a while, one of the finest producers in the Ogba axis of Lagos state. He has  been working with Kayswitch recently, he was the producer behind his new party Anthem Sister Caro that featured D’banj. We wish DeeVee goodluck. Peep his twitter bio below 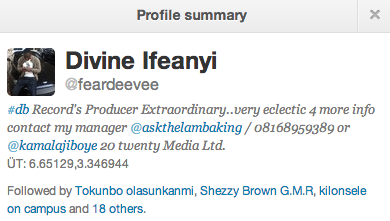 The Reasons Behind My Online Fights – Portable