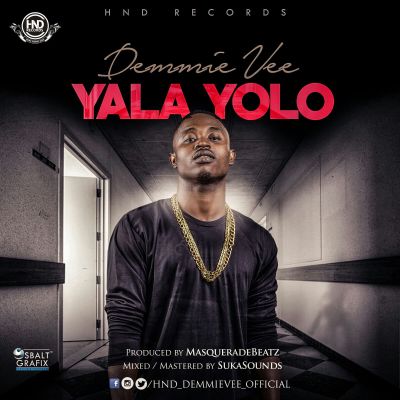 H.N.D. Records New Signee Awotungase Ademola Sodiq a.k.a Demmie Vee is an embodiment of real talent and those who have met him describes him as nothing but a phenomenon.

The handsome youngster who became serious with music as far back as 2008, not only sings. He is also a talented producer/ Sound engineer.

Given the right opportunity, this genius whose music is a creative fusion of R &B, Hiphop and Dancehall has everything it takes to give his already established peers a ride for their money.

He proves this in the first of new singles titled ‘YalaYolo.’ Uptempo number that is a certified party starter. ‘YalaYolo’ is Produced by Masquerade, Mixed by Suka Sound.