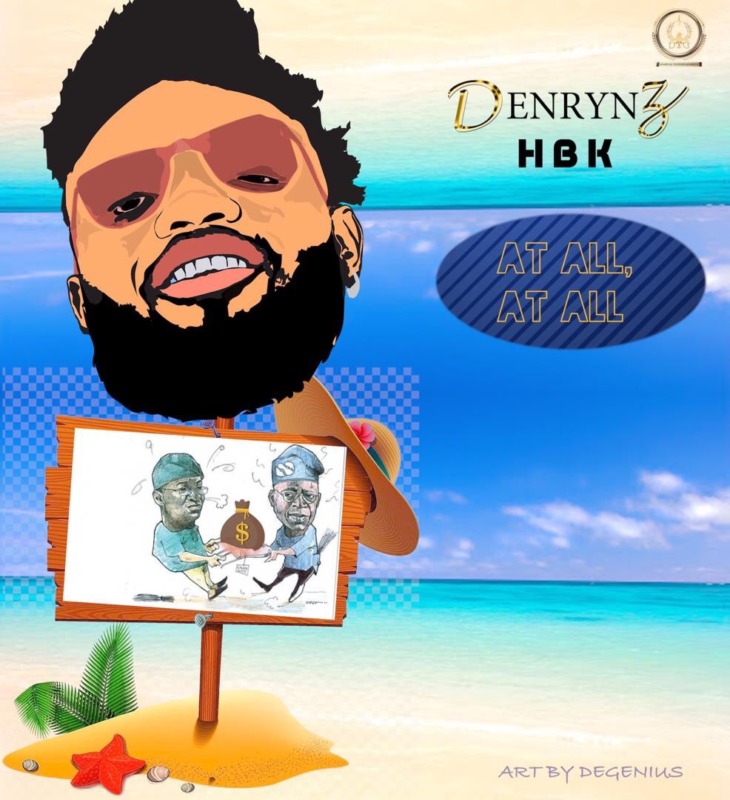 Expectations, Intuitions and Melody preoccupied DTD Spartaz famous singer, Denrynz HBK, in his new single titled “At all At all”.

Speaking on his new release after some series of collaboration with the Spartaz crew, HBK regards some influential personalities who are capable of turning his situation for better as he only asks for little (At all At all), while he looks forward to taking his music career to a greater height. Current Lagos State Governor, Gov. Sanwo Olu, and a host of others alongside A-lists artists such as Davido (OBO), Wizkid etc were all mentioned in the song.

“At all At all” is a danceable Afro song that everyone at all levels will love to listen to and embrace its flavour. HBK only asks for a token (O benbe ko benbe) meaning nothing seems too small for him.

The song was produced by Deano Hotbeatz, the Spartaz official In-House Producer and Mixed & Mastered by Empire.

Download now and enjoy the vibe while the talented singer anticipates more tracks to come.