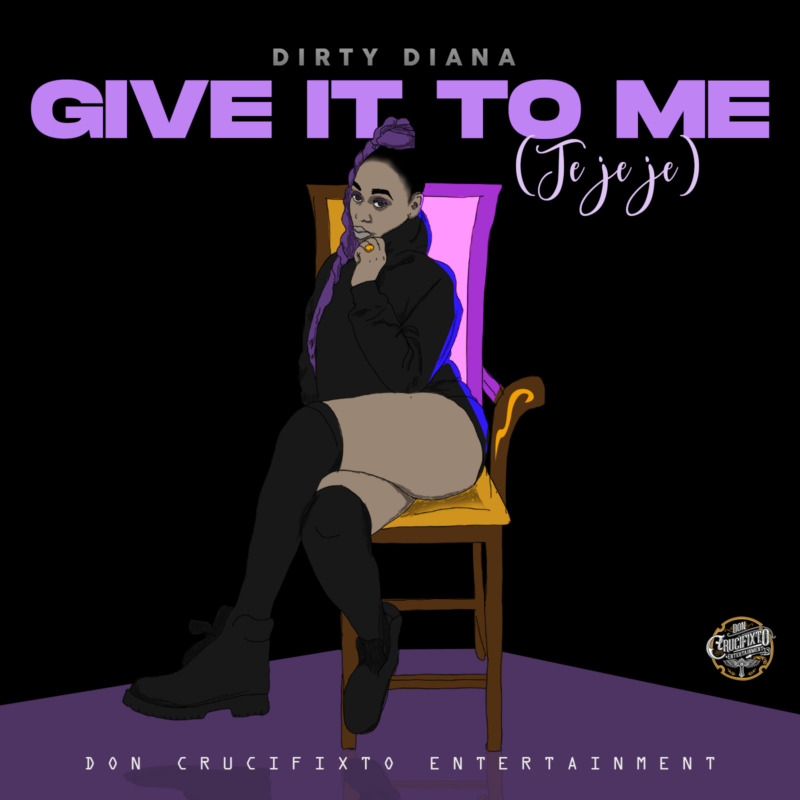 Unveiled as said, Dirty Diana premieres her smashing new single – “Give It To Me (Je Je Je)“.

Record label boss, Don Crucifixto wasn’t bluffing not long ago when he revealed his game plan of unveiling the first official female signee of his entertainment outfit.

He did not conceal clues on who she is and what to expect, it only made it easier to welcome her and truly see what she got in store. Critics are already lining her up as the new queen of Afro-Fusion sounds. ‘Tiwa Savage take heed’, is the words on their lips.

Shavonne Desiree Latin, an American Pop/Afro Fusion artiste, with stage name Dirty Diana has had her name chewed in people’s mouth even before putting out this smashing new single you are about to listen to.

Expectations from Dirty Diana’s musical sojourn as the queen of Don Crucifixto Entertainment is nothing short of pure soul, quality R&B, sweet rap and more sounds she chooses to explore. Give It To Me (Je Je Je) will be our first taste of her and we are sure to want more after this.