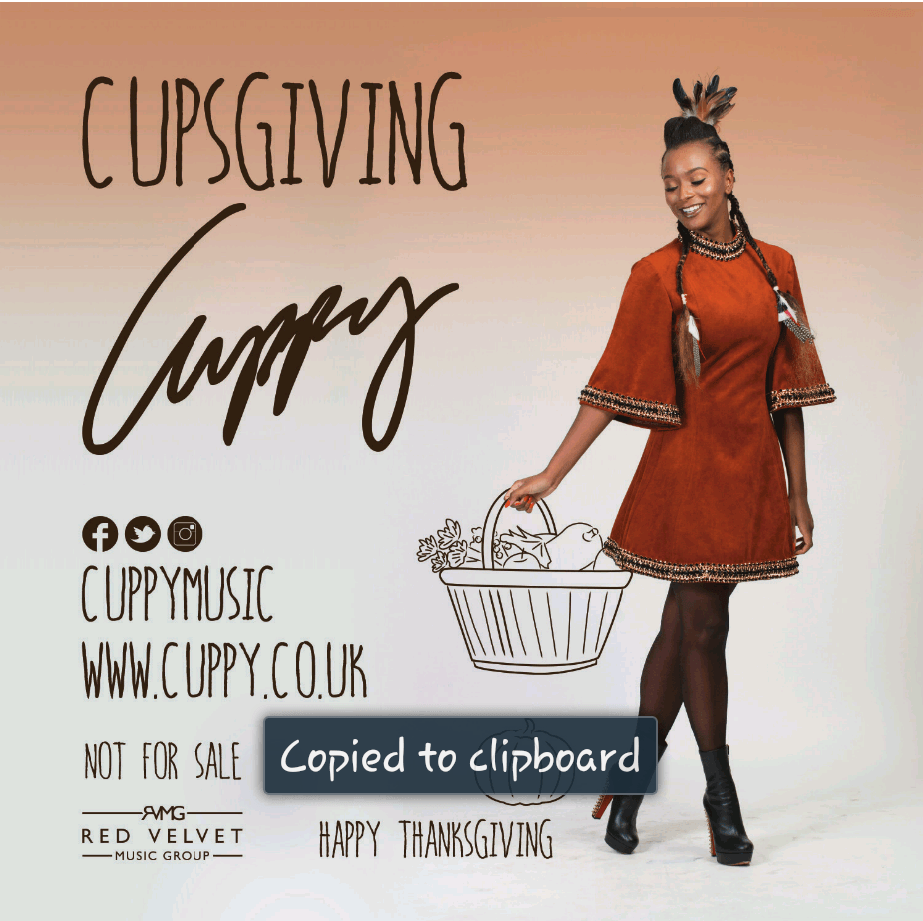 Start your thanksgiving holiday season with this amazing multi-genre mix put together by DJ Cuppy, it’s called ‘Cupsgiving’ and includes songs of Thanks…

Cuppy sure has a lot to be thankful for this year. She’s risen up the ladder in the music industry and isn’t stopping till she gets to the top. She put out a successful compilation mixtape ‘House Of Cuppy’, she graduated from Kings College London and has now started her Masters programme at New York University. What’s not to be thankful for!

As she now resides in New York, what better way to celebrate thanksgiving than to put out a thanksgiving mixtape?