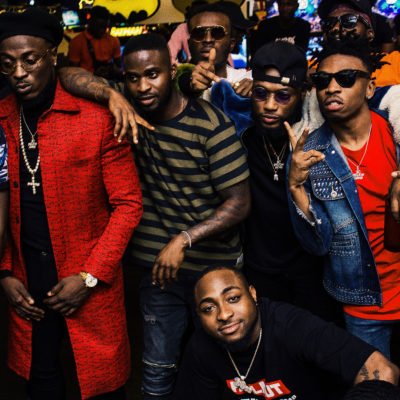 We all are very much aware  of how controversial the “Fever” video has been since it dropped. Many people have compared it to the “Assurance” video by  DMW boss, Davido. While the battle for the best video is on, Aloma from the DMW crew saw an opportunity to air his mind on the issue. He says it is an insult to compare both videos as the “Assurance” video is way better. According to him, “Assurance” video bothers on true love while “Fever” video encourages infidelity and also young boys to be “jigolos”. He says “their Starboy” is chasing after  a married woman who is older and also divorced.

He paints mummy Jam Jam as an old woman who has no shame. He even went as far as comparing both dresses worn by the two ladies. He did not stop there as he says any man that supports Wizkid, shall go through what Teebillz is going through and he as well consoles Teebillz saying sorry.