[Album] Tito Da Fire – On The Shoulders of Giants (OSG)

Tito Da Fire On The Shoulders of Giants (OSG) Album. 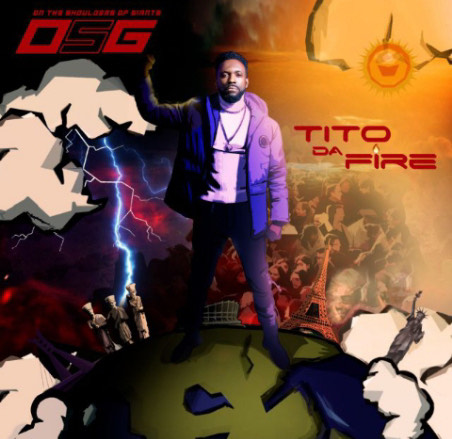 In Tito Da.Fire’s words: “OSG is a Global African Anthem, a theme of hope and expression beyond borders, cultures and colors”.

The album tells Tito Da.Fire’s compelling story of NIGHALI (Nigeria, Ghana and Liberia). Tito Da.Fire coined that name as a metaphor for non-violent Pan-African liberation through Music, Cultural and Economic Empowerment. It is themed around the historical concept of rising ‘On the Shoulders Of Giants’, which tells his personal story of rising through uprisings in Liberia, to Nigeria (his father’s birth Country), to become a consistent Voice out of Nigeria. Importantly, the album reminds the culture that, “while we all call out oppression, we have to come with clean hands”.

Avialable on Digital Stores, Listen to the album HERE! Also enjoy below;