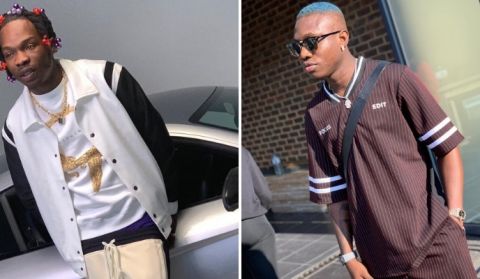 This is definitely a period that music artistes; Zlatan Ibile and Naira Marley will be finding really troubling as the worst is about to befall them.

Both singers were arrested by officers of the Economic and Financial Crimes Commission on Friday the 10th of May, 2019 at their home in Lekki and since then they have remained in custody of the anti-crime agency.

However, the most disheartening of news has hit the internet just few hours ago as Sahara reporters revealed that a top inside source from the EFCC has told them that Zlatan and Naira Marley will be charged to court very soon as a result of some information which have been provided to them.

It has been reported that this information has led the anti-crime agency to uncover some fraudulent deals done amongst these artistes and it could probably define their fate.

“EFCC Reveal Zlatan Ibile & Naira Marley Have Been Found Guilty… & Will Be Charged To Court Very Soon”, 5 out of 5 based on 1 ratings.

Nifemi is a graduate of the University of Lagos. He's a unique user of the pen when it comes to the expression of whatever. He is editor-in-chief of the organization and also a writer of news, articles, editorials and a lot more to help expand the level of knowledge of the readers and simultaneously have them entertained. A lover of music and football is who he is and a Man Utd die-hard.
Submit your comment
5 total comments on this postSubmit yours
VIDEO OF THE WEEK
Popular Posts