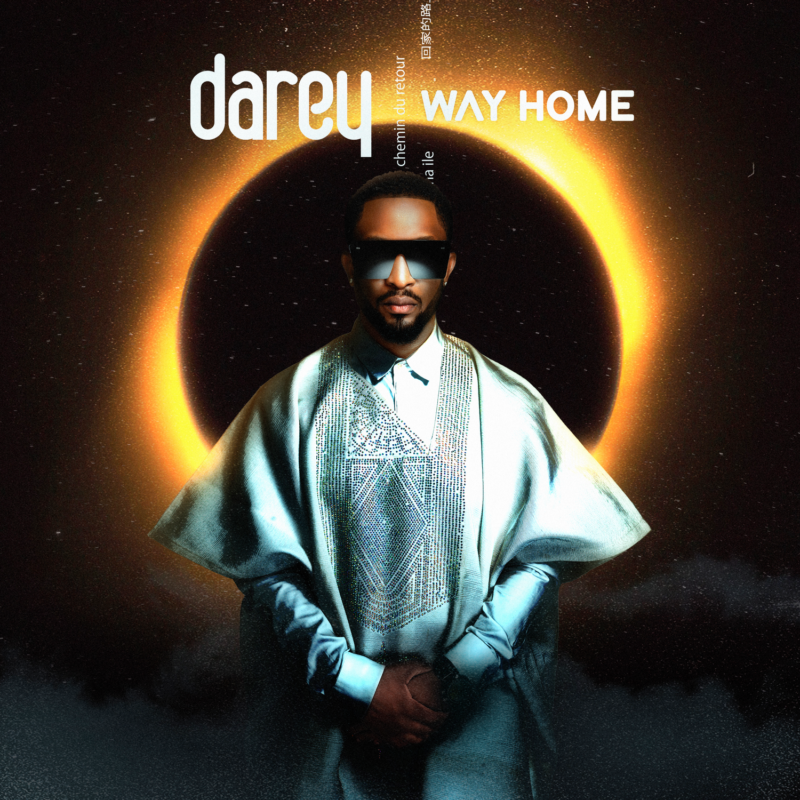 The anticipated ‘WAY HOME’ EP by Darey featuring Teni and Patoranking is finally out!!!

Darey releases his 2020 debut EP titled “Way Home“. The body of work is a 7 tracks mini music project with two guest artistes as features; Teni and Patoranking. This coming in after the successful release of the singles; ‘Jah Guide Me‘ and ‘Jojo‘ which were his come back songs after a long break from music releases.

Dare Art Alade, professionally known as Darey is a multiple award-winning and multi-platinum Afro Soul/R&B singer, musician, songwriter, music producer, showstopper extraordinaire and entrepreneur. He is also the son of the legendary African Jazz Musician and entertainer Art Alade. Since gaining exposure across Africa as runner up in the 2004 season of Music talent search reality TV show, Project Fame, Darey has made an indelible mark on the Nigerian and African music scene.

As a seasoned live performer, he has graced the stage alongside some of the World’s finest music acts, including Beyoncé, Wizkid, Jay Z, Ciara, Cardi B, Burna Boy, Sean Paul, Usher, R Kelly, Akon, Lionel Richie and many more. His albums “From Me 2 U,” “unDAREYted,” and “Double Dare” have sold several million albums cumulatively and helped him amass millions of fans across Africa and the diaspora.

He his back with a new music project which entails his musical experience (maturity in terms of sounds) and growth.

According to the singer, “The ‘Way Home’ EP is everything. It soundtracks hope, upliftment, introspection and offers a spark of happy energy. It represents everything in the human circle and importantly, reinforces that “Africa is home and the centre of humanity”. Current happenings may make it hard for many to believe, but soon, beauty will take the fore and darkness will be gone.

I hope that through this work of art, you’ll experience a piece of home and find hope to continue to fight for our home.”

This body of work embodies R’n’B, Pop, Afrofusion/life and dancehall… Listen and Enjoy below