NAWTI crooner, Olu Maintain, was at the receiving end of severe backlash from social media fans after he made a claim about his directing prowess while being interviewed.

Olu Maintain, who recently appeared on Hip TV’s The Gist, hosted by Emmanuel Ugolee alongside rapper, Eedris Abdulkareem, claimed he is the best music video director in Nigeria while talking about the Nigerian music industry.

This did not go down well with so many people who took to social media to slam the singer. 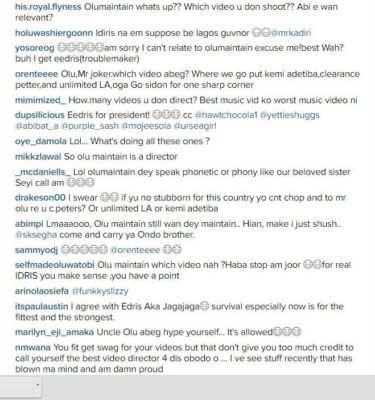