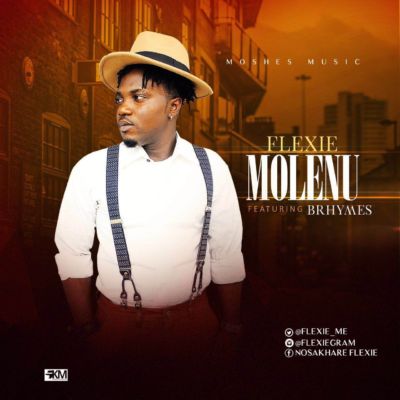 Nosa Collins who goes by the stage name FLEXIE is a Nigerian singer/songwriter and vocalist. He flexes his musical muscles in Afro-pop, Pop and High Life music.
Born in the ancient town of Benin City, Edo state on May 21st 1991,? Flexie started music at age 10 in a church choir. Since he  started his musical journey at that tender age, it has been no turning back for him.
In 2008, he met with Edo born artiste well known for his role in Jaywon’s hit single “File Be” and “Edo Boy”, Slizzy E at a local show in Benin City. He became his musical protégé and later gave him the stage name FLEXIE which he still uses till date.
He has had the opportunity of working with artistes and producers both in Nigeria and Ghana such as Slizzy E, B Rhymes, producer TU2, Keeny Ice from Ghana, Crazy Dude and others.
In 2015 he was introduced to Ghanaian rapper Keeny Ice by his cousin and CEO of MO’ Shes music, Moses Ogundipe. With the rapper, he did his first single ‘FOCUS’ which was produced by Lonely Beats and mixed and mastered by MO mix.
Flexie is under the umbrella of MO’Shes Music and currently under KwikSolMgt, a talent and artiste management company and agency.
Check out his new single is titled “Molenu” which features B Rhymes and is produced by TU2 beats.
Enjoy!