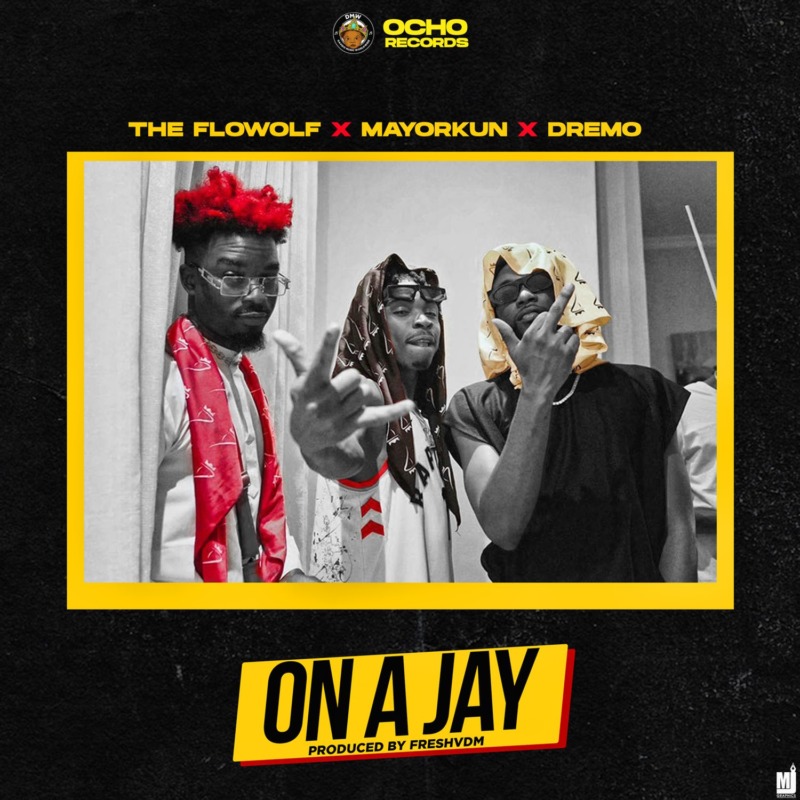 DMW and Ocho Records releases the official music video for the track ‘On A Jay’ by FloWolf, Dremo and Mayorkun.

After flourishing on the Hit song – ‘Mafa Mafa‘, FloWolf joined forces with DMW music soldiers, Dremo and Mayorkun for the release of the track titled “On A Jay“. The song is a Rap-Pop record produced by Fresh VDM. It sees singer Mayorkun rapping alongside rapper Dremo, dropping some hot punchlines with dope flow.

This song got lots of attention cos of its catchy Rap lines and to push it further the trio is here with a visuals.

Listen to ‘On A Jay‘ Audio below