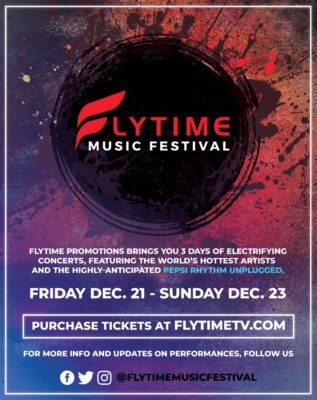 Nigeria’s foremost entertainment company, Flytime Promotions, owners of the biggest music platform to have done it for 14 years, Rhythm Unplugged have officially announced its most anticipated project of the year, the Flytime Music Festival.

The resplendent 3 days festival is assured to have an assembly of the most glamorous music superstars across the globe to churn out unending electrifying music. Acting as a pioneer to entering a new era of the festival, it is an event that upholds the glorification of fascinating integration of amazing music showmanship and extremely hilarious comedy, both locally and internationally.

Often widely described as the Greatest of all music festivals, Flytime Music Festival is bringing together 3 major music concerts scheduled for 3 days, under Flytime Promotions and it will take place at the prestigious Eko Convention Center, Eko Hotel & Suites, from Friday 21st to Sunday 23rd, 2018. 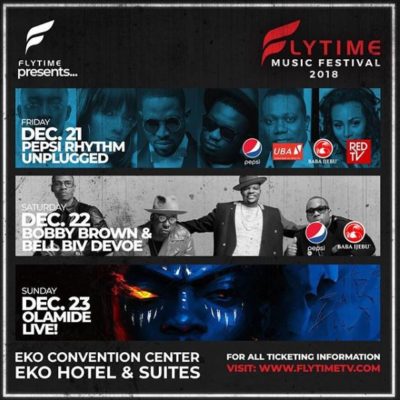 The events which are Pepsi Rhythm Unplugged, Bobby Brown & Bell Biv Devoe and Olamide Live In Concert will take place within a 3-day period in Lagos and they all promise to be a period of manifestation of thrilling entertainment.

This is one of the biggest music events in Africa as it annually brings together music fans from all over the world to be entertained by global music superstars who dish out awesome music performances to the ever energetic and always-excited beautiful crowd. International superstars like Trey Songz, Big Shaq etc alongside local music superstars have all graced the glamorous event, and there won’t be any different in this year’s edition as it promises to be bigger and better at the EKO Convention Centre.

International superstars; RBRM alongside Bobby Brown and Bel Biv Devoe will be performing live on stage at the EKO Convention Centre. They will be taking us down the memory lane with global hit songs such as “If It Isn’t Love,” “My Prerogative,” “Mr Telephone Man,” and many more. A perfect rare chance to have in front of you the music specialists you have been admiring from the TV and internet is here, you shouldn’t miss it.

Just make sure you are ready for an explosive night!

This will be the grand finale of the Flytime 3-day festival and the fifth edition of Olamide’s yearly music event; OLIC. The music concert which kick-started in the year 2014 has been nothing short of eventful and phenomenal. The concert has had industry heavy weights give out beautiful performances to the elegant audience that graces the event and surely this year promises to be even better and much more spectacular.

Submit your comment
2 total comments on this postSubmit yours
Popular Posts
HOT!! 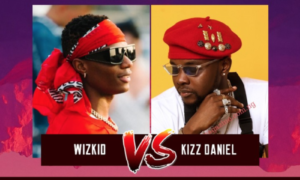 ‘Wizkid’ vs ‘Kizz Daniel’… Which Artiste Can Bring Life To A Song?

When it comes to Voice, Melody and Vibe… Wizkid and Kizz Daniel are the two singers that most music fans…