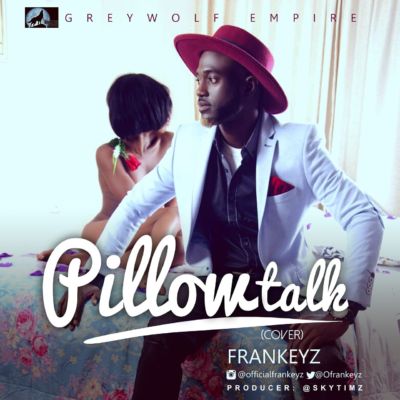 Franklin Aniebona a.k.a Frankeyz (born September 4, 1986) is a recording and performing artist and songwriter signed on toGreyWolf Empire. He is the first from a family of four other siblings and though born in Kano, he hails from Oyi in Anambra State.

His first single-“Oshere” was released officially on the 2nd of July 2015 and has enjoyed massive airplay since then on radio stations and online streaming.

Frankeyz has also worked with and laced backing vocals for A-list artists like Yemi Alade, Sound Sultan, 2Baba, Gloria Ibru, Banky W and more. His style of music has been described as “eccentric” by his loyal fans.

Here is a Cover of Zayn Malik “Pillow Talk by Frankeyz do listen and enjoy.