“Gbona” vs “Fever” – Which One Has The Real Afro-Beat Vibe? 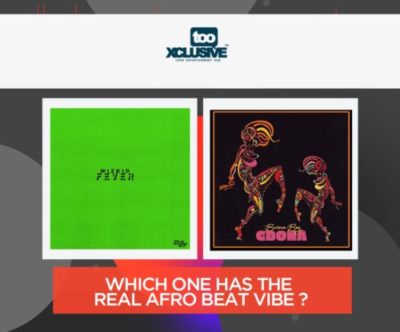 Wizkid blessed the ears of music lovers when he released his first official single for the year 2018. Although wizkid has been on many hit songs  (“Soco”, “Fake Love”, “Nowo“, “kana”, “Immediately”) in 2018, it could shock you to find out that “Fever” is his first single for the year.

Burna Boy also dropped a new jam titled “Gbona” some days before Wizkid’s “Fever”. “Gbona” is the follow up track to the “Outside” album by Burna Boy. The “Outside” album housed few hit songs like “Heaven’s Gate” and “YE”.

The two songs “Fever” and “Gbona” were anticipated by fans and music lovers in the music industry, “Gbona” has an Afro-Beat vibe just like “Fever” does. But we would like to know which of these songs has the real Afro-Beat vibe laid down by the pioneer, ‘Fela’ & as a music lover which do you prefer?