Previous: “He Admitted To Taking ‘African Queen’ From Me ” -Blackface Speaks On Court Case With 2Baba 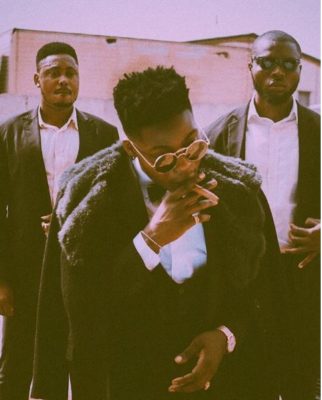 Ex-Mavin act thinks going back to his former record label would hinder his career from progressing.

The singer who just dropped the visual for his latest single “Put In Pressure” made this known via Twitter where a fan pleaded with him to go back to his former boss, Don Jazzy. The fan advised that the singer go back to his former record label since Mavin has more than enough “room” for new artistes. The “Rora” singer responded saying if he goes back, he would never go forward.

If that’s how we keep going back, we’ll never go forward https://t.co/ke0ufgxXfh

“Going Back To Don Jazzy Will Ruin My Career – Reekado Banks Reveals”, 5 out of 5 based on 24 ratings.

Olaosebikan Olabimpe is a News Writer and Content Creator at Tooxclusive. Her idea of a great day is to be indoors snuggled up with a book and good music. She is also a passionate lover of rap.
Website
Submit your comment
4 total comments on this postSubmit yours