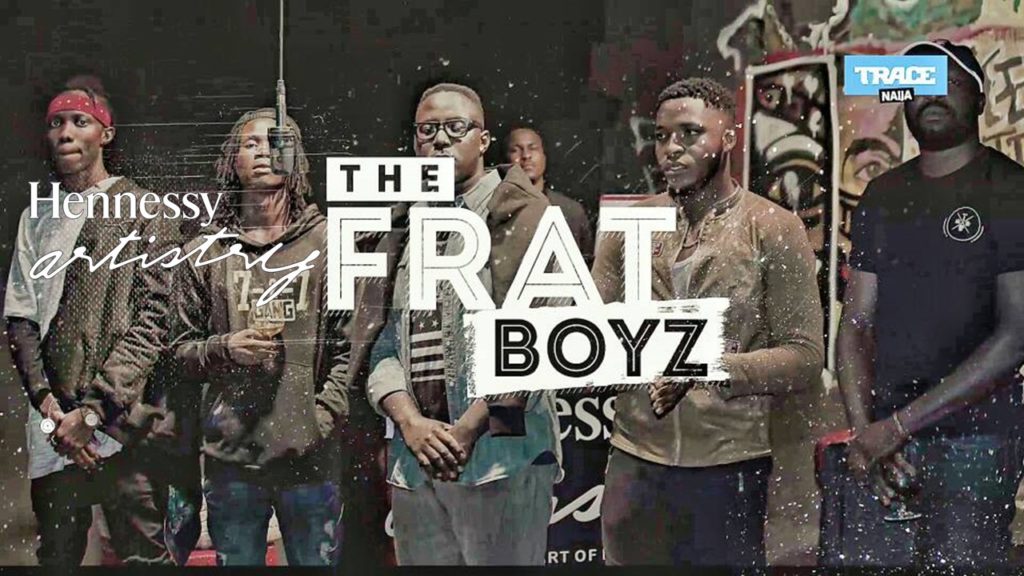 Featuring Eclipse, Blaq Bonez, Holyfield, Vemor and Mr Makn, the VS Class Alumni vibe off each other’s energy to create an incredible mash.

With DJ Factor on the ones and twos, Vemor attacks the beat first, exuding the same confidence that earned him a spot on the Hennessy VS Class of 2014. “All these rappers think they’re schooling me//but they don’t know I’ve been skipping classes” he spits. Vemor quickly throws in a hook then rounds up with a technology-inspired pun.

Current winner of VS Class, Holyfield lives up to his reputation of lyrical prowess as he takes over the mic delivering what might be some of the session’s best punchlines “funny stories you call me ‘Holy’ but in effect//it means I’m no saint”

Blaq Bonez shortly takes over; throwing some jabs as he spits; “Ask for TBoss/I got Bobrisky without make up//ask for a rapper they gave me Efe//back to the wrap, I hustle like Efe//but I can actually rap”. Makn then dives into his own verse, bringing an aggressive delivery to the mic, reminding us of the reason he earned the bragging right of VS Class Season 2; “Class is back in session//Y’all just sit tight and watch greatness manifesting”

Finally, Eclipse adds an unexpected dose of drama to the cypher by delivering his eerie verse “I’m a problem kid//I cause trouble//that’s Lil Kesh and Sess combined//this year is real rapping//best yáll just pantomime//I took a lot of shots but I dodged ‘em all//yet, you’re welcome to the matrix”

Check out the full cypher video below.

To catch up with previous videos, follow Hennessy on