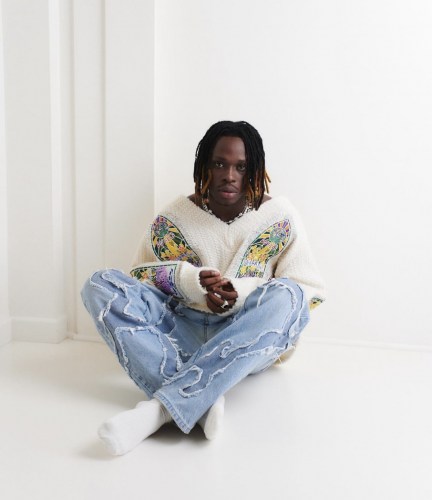 Fireboy has given fans something to laugh about this week.

In an interview with Zeze Millz, the PERU singer revealed that he touched fake breasts for the first time in his life. According to him, it happened when he went to Miami with his friends.

Fireboy DML said he hasn’t felt that freedom, the freedom and opportunity to walk down the street without people recognizing him.

Sharing his experience touching fake breasts, Fireboy said it felt amazing. He confessed that he didn’t want to let go of the lady until his friend begged him to do so. Fireboy also talked about how his hit song with Ed Sheeran changed his life.

He also opened up about his past relationships and how he has been tagged toxic by babes he broke their hearts.

“PERU is The Biggest Afrobeats Record In The World..” – Ed Sheeran Brags | Watch

Which Artiste Is Richer… ‘Fireboy’ or ‘REMA’ ?

Fireboy DML Reveals The Next International Artiste On His Collaboration List