“I Want To Help Their Careers”- Blaqbonez Brags About Collaboration With Wizkid, Burna Boy & Davido 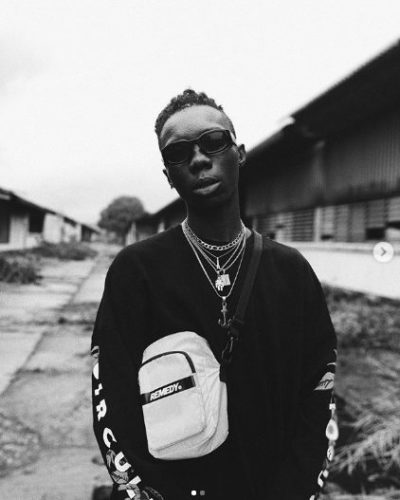 Nigerian rapper, Emeka Akumefule popularly known as Blaqbonez has made a very shocking revelation about his proposed collaboration with Wizkid, Burna Boy and Davido.

Blaqbonez, asides from being the “Greatest rapper in Africa”  is known for his bold controversial statements online. He recently weighed in on the ongoing beef between his boss, MI Abaga and Vector stating that the real genesis of the beef was from Vector’s side and this caused a huge stir on the internet . Blaqbonez however, has made another statement that is likely to put him in a bad position with fans.

In a recent interview, the “Mr Boombastic” rapper explained that he intended on putting Wizkid, Burna Boy and Davido on a song just for them to showcase their talents and give them an opportunity to show their real talent to the world. He spoke with an air of authority while making the statement which means he places himself higher than the mentioned artistes.

Rapper #Blaqbonez talks about his plan to take #Wizkid, #Davido and #Burnaboy to the next level

Olaosebikan Olabimpe is a News Writer and Content Creator at Tooxclusive. Her idea of a great day is to be indoors snuggled up with a book and good music. She is also a passionate lover of rap.
Website
Submit your comment
6 total pingbacks on this post
VIDEO OF THE WEEK