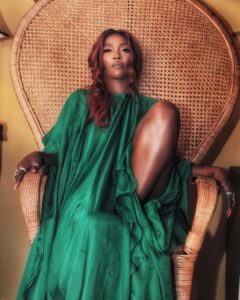 Tiwa Savage  has revealed that she might release an album later in the year. The ‘Ma Lo‘ singer also shared her wish to have one of the world’s richest men, Bill Gates, at her concert.

Tiwa made these revelations during an interview session with “Grape Juice” in London. She said she has recorded a lot of songs so far this year and thinks it’ll be a good idea to compile them into an album.

Tiwa gave a peek into her forthcoming project, revealing there would be few featured artistes on the project; like she did on her previous albums.

The big revelation came when she said she would love to see Bill Gates at her concert, of course for his cheque; and also to hear his feedback on her music.