“I’ll Only Follow Wizkid If He Follows Me” Says Film maker, HG2films 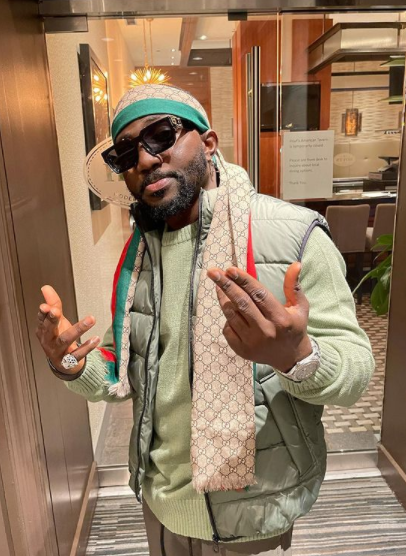 Popular Filmmaker, HG2Films has revealed that he won’t follow Wizkid on Social media until Wizkid follows him first.

He made this shocking revelation during a Q&A session on Instagram after one of his fans asked Why he wasn’t following Starboy on IG. HG2Films unabashedly replied the Fan saying; 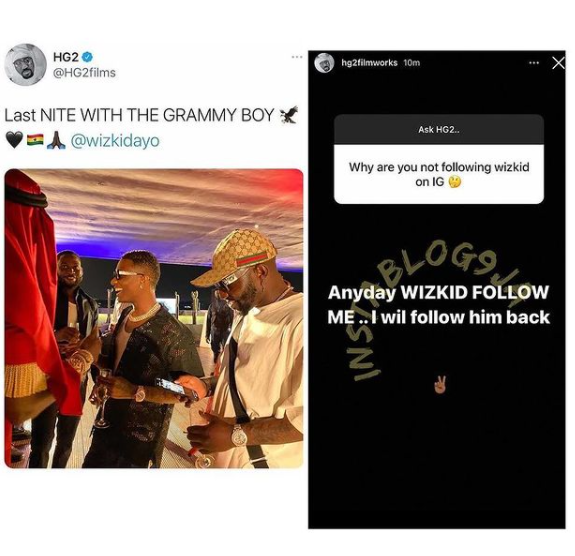 His response came as a shock to many especially Wizkid fans, who have always seen HG2Films as a die-hard fan of Wizkid.

This friendship all began after he had a falling out with DMW boss, Davido, who he accused of bashing his head with a baseball bat. Wizkid FC are dragging the video director who they accused of chasing clout since he shared photos of himself and Wizkid after his Grammy recognition. The reason behind HG2Films’ decision might be unknown, but we wish him the best as he waits for Wizkid to Follow him on IG.